Singapore to invest S$25 billion in next 5-year plan for R&D, including new programme to prepare for future epidemics 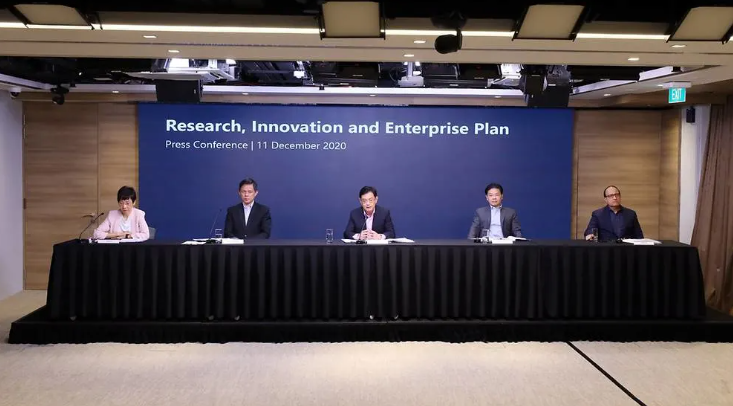 Singapore will invest S$25 billion – or 1 per cent of its GDP – in research, innovation and enterprise for the next five years.

The Research, Innovation and Enterprise 2025 Plan (RIE2025), announced on Dec 11, includes a new national programme to prepare for future epidemics. RIE2025 will expand research and development in four domains – manufacturing, trade and connectivity; human health and potential; urban solutions and sustainability; and Smart Nation and digital economy. It will also support businesses in adopting science and technology, and expanding into adjacent areas with “high growth potential”. In addition, it will customise support according to different enterprise segments.

RIE2025 is the third such five-year plan, which has seen its budget go up progressively over the years. It was S$19 billion for RIE2020, while S$16 billion was set aside for RIE2015.

The Health and Biomedical Sciences domain will be expanded to include Human Potential, to tackle issues of an ageing population and low birth rate. Investments will also be made in research projects related to the health and well-being of seniors. In addition, the Government will develop a new National R&D Programme for Epidemic Preparedness and Response (PREPARE) to prepare for future pandemics.

The Government seeks to better integrate urban solutions and sustainability, and pursue the latter in a “broader way”. RIE2025 will make the built environment more efficient and sustainable by adopting robotics and automation and 3D concrete printing. It will look into decarbonising Singapore’s power, industry and transport sectors by exploring low carbon technologies. In addition, the Government is “taking climate change seriously”. “committing to reduce its carbon footprint, to fulfil the pledge made under the Paris accord and protect the country from rising sea levels.” It will also strengthen food resilience and preserve Singapore’s biodiversity.

As part of the Government’s boost for manufacturing, it is looking at the “next generation of transport solutions” that will strengthen Singapore’s air and maritime connectivity to the world. As such, the Government is looking into improving the resilience of Singapore’s supply chain, from food to intermediate industrial products.