Further details here if you want to attend the seminar.

Following up on her last book Indigenising anthropology with Guattari and Deleuze (EUP), B. Glowczewski looks at political alliances and ecosophical assemblages connecting Indigenous struggles for environmental justice and French activism for alternative ways to inhabit territories and reenchant ancient knowledge to reconnect with the milieu. Facing current destruction of human and non human ecosystems through extractivism and climate change, how can we create a society that accepts the heterogeneity and reempowerment of existential territories? She will take the example of Indigenous people in Australia, Native Americans and Bushinengé in French Guyana, as well as the Zone to Defend (ZAD) of Notre-Dame-des-Landes in North West France.

About the Presenter
Barbara Glowczewski is a distinguished Professor (Director of Research) at the National Scientific Research Center (CNRS, France), member of the Laboratory of Social Anthropology (http://las.ehess.fr/index.php?1716) at the Collège de France, and teaching at the School of Advance Studies in Social Sciences (EHESS) in Paris. She has been working with Indigenous people since 1979, in Central Australia (gendered oneiric creativity in ritual and art), in the Kimberley (territorial conflicts and ritual revival) and on Palm Island (social justice and ritual healing). She also did fieldwork in Brazil, French Polynesia and French Guiana looking at collective forms of affirmation and healing. She authored many books including Desert Dreamers (MUP/Univocal, 2015, transl. 1st ed. 1989), Totemic Becomings (n-1, 2015) Indigenising Anthropology with Guattari and Deleuze (EUP 2020) and awarded pioneer multimedia work (Dream Trackers, Unesco, 2001). Some of her audiovisual archives can be accessed on odsas.net and on her vimeo page. 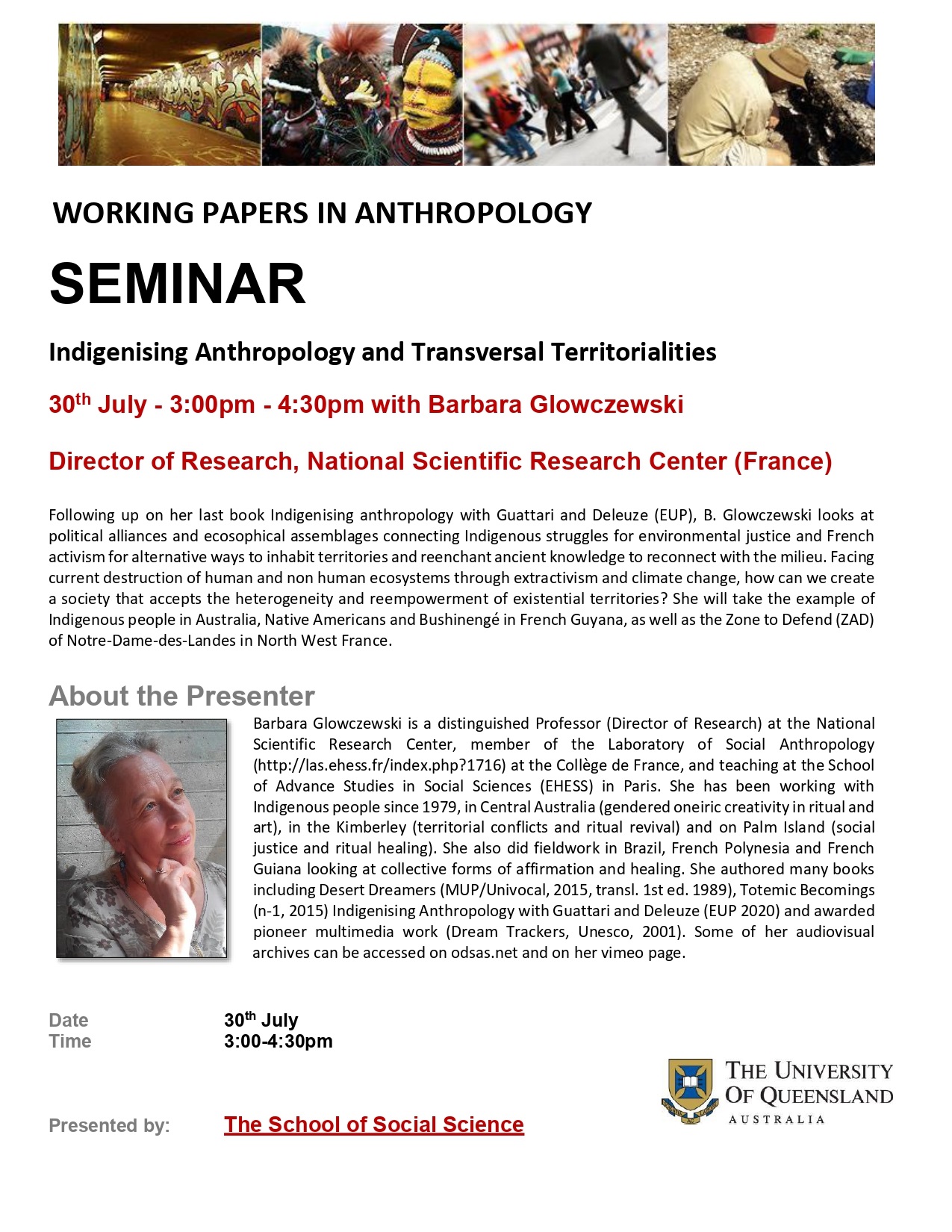