Many people agree that the Earth is facing its 6th big extinction crisis mostly from anthropogenic activities. In particular, there is an accumulating and ever increasing body of evidence that climate affects a wide range of biological systems, from polar terrestrial to marine tropical environments. Scientists largely agree that climate impacts on individuals and populations operate not only directly through physiology, but also indirectly through changes in their interaction with other individuals and species. Indeed, a change in a species spatial distribution or phenology can lead to interspecific modifications, such as increased or reduced competition, temporal or spatial mismatches. In particular, trophic interactions are particularly strong candidates for biotic multipliers of climate change. This should be especially true in marine ecosystems, where trophic interactions are known to be mainly subject to bottom-up controlling, i.e. a control of a population dynamics by the dynamics of their prey. Here, we are investigating the effect of climate and oceanography on marine top-predators by integrating direct and indirect effects through modifications of fish abundance or spatial distribution.

In this project, we are developing an innovative method to estimate prey abundance and accessibility (fine-scale spatial distribution) all along the breeding season of a coastal seabird species, the little penguin. This work will be done in the Bass Strait, an area considered as a climate change hotspot (where warming occurs at a much faster pace) around a mega colony of tens of thousands little penguins nesting on Phillip Island (South-East Australia). In parallel, we will pursue the monitoring of little penguin breeding success and foraging behaviour using an automatic penguin monitoring station that detects implanted transponders and records weights. Further, using small loggers attached on the back of the penguins, we will track where penguins forage and the energy they spend to find food. Combining data on prey distribution and penguin foraging behaviour and energy balance will allow a better understanding of seabird foraging strategies and how these are affected by global change. 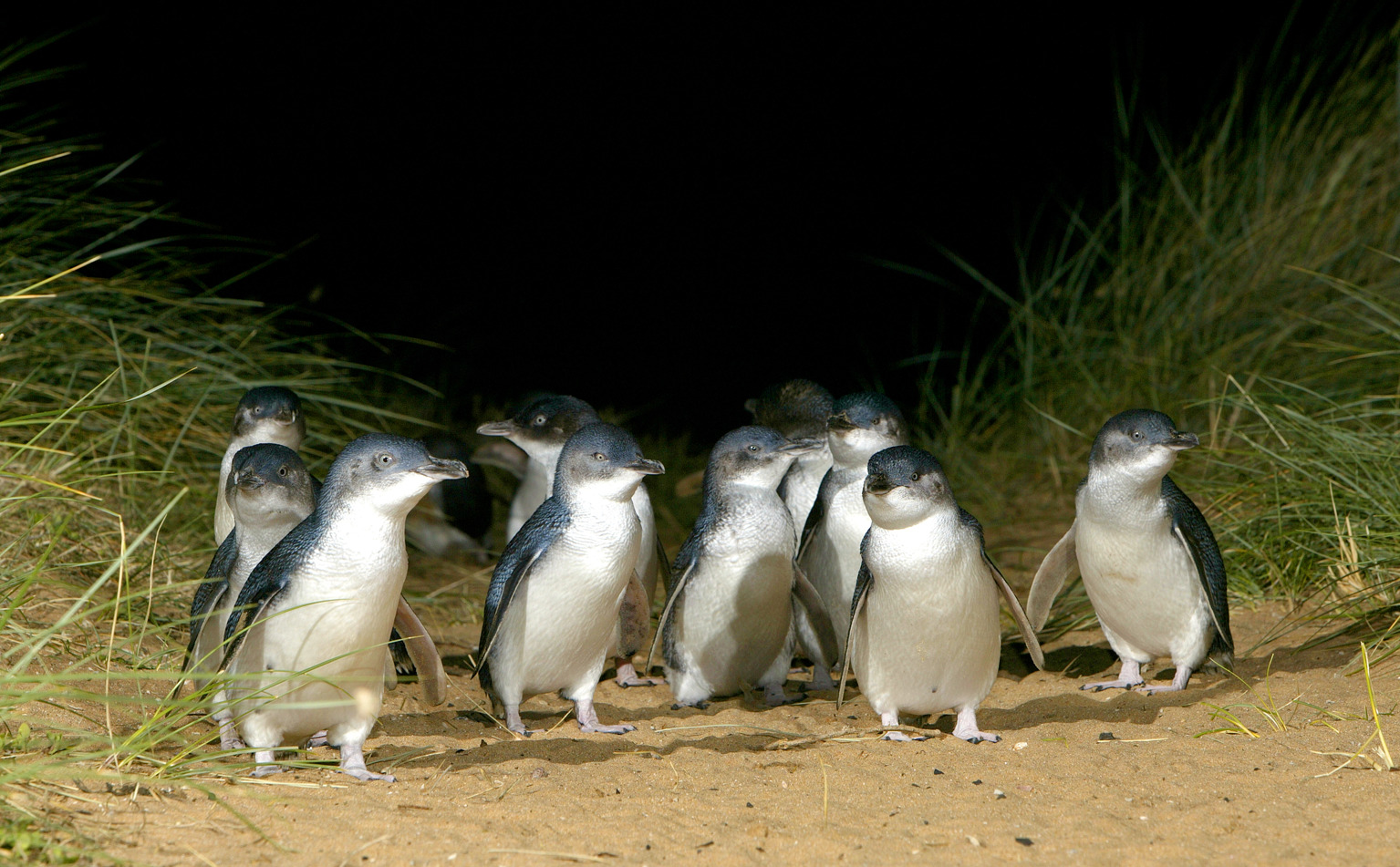 Group of little penguins returning from sea to the colony to care for their chicks Credits: Phillip Island Nature Parks 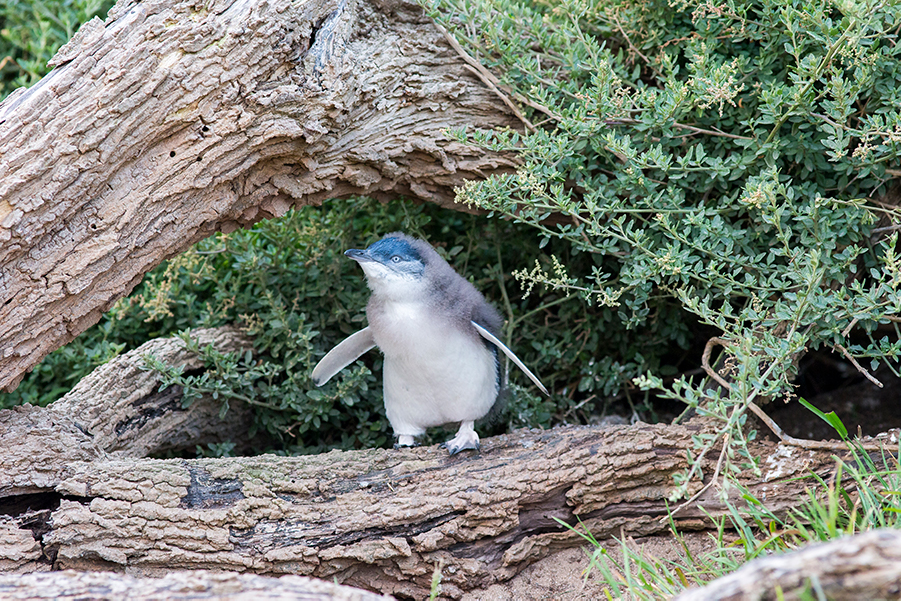