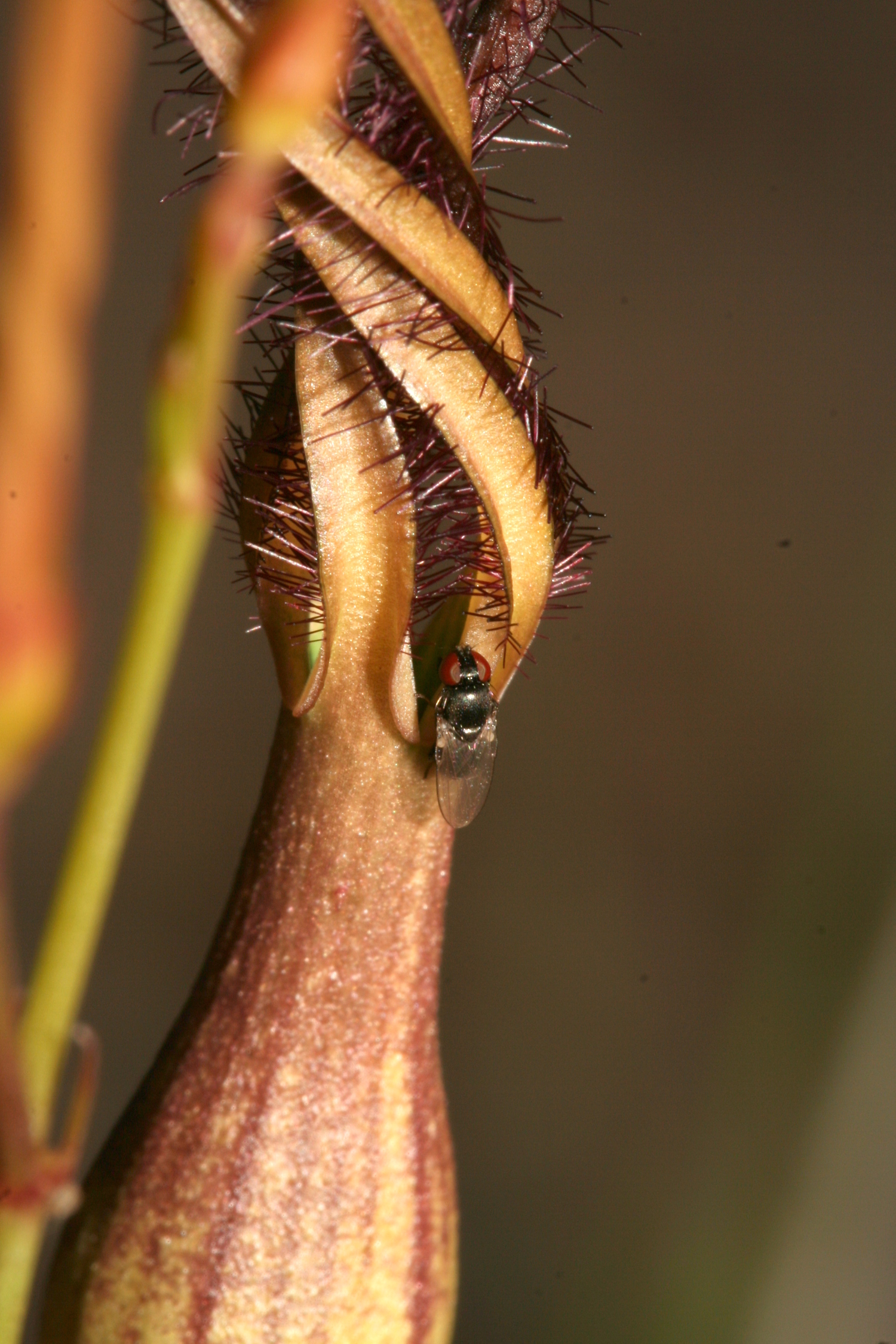 Flower of Ceropegia tenuicaulis in Pha Taem National Park, Thailand, with the main pollinator, a fly of the family Milichiidae, ready to enter the pitcher-shaped corolla. The scent emitted by the flower deceives the fly by mimicking a food source. Photo credit: R. Blatrix.

Ceropegia and Aristolochia are two plant genera that are phylogenetically distant but seem to share the same deceptive pollination syndrome: recent results show that flowers mimic the scent of crushed insects in order to attract flies that feed on exudates of insects attacked by predators (kleptomyiophily). These two genera differ by the organisation of the pollen: free and abundant in Aristolochia and clumped in a reduced number of pollinia in Ceropegia. In this project we propose a comparative analysis of the pollination biology of Ceropegia in Thailand and Aristolochia in France to describe evolutionary convergence of a highly specialized pollination syndrome and address the consequences of contrasting selective pressures on pollen transfer.

This project has two goals: 1. estimate to what extent Ceropegia and Aristolochia rely on kleptomyiophily as a pollination strategy; 2. test the hypothesis that sympatric Ceropegia species have distinct sets of pollinators because of a particularly high value of each pollen load, which is not necessarily the case for sympatric Aristolochia. To estimate the extent of kleptomyiophily in Aristolochia and Ceropegia, we will apply a four-step approach to various species in both genera. The first step consists in determining the diversity of pollinators (flies, mostly in the families Chloropidae, Milichiidae and Ceratopogonidae). The second step consists in identifying the chemical composition of floral volatiles using dynamic headspace technique and gas chromatography coupled with mass spectrometry. The third step is to infer, from the nature of the volatile organic compounds emitted, the type of resource the flowers mimic (i.e. the “model”). The fourth step consists in testing the efficiency of the putative model in attracting pollinators of the focal plant species by comparing flies attracted to the real model, to the synthetic scent of the model and to the synthetic blend of floral scent. To test the hypothesis that pollination is more specific in sympatric Ceropegia species than sympatric Aristolochia species, we will identify pollinators in sympatric populations of various species in each genus. 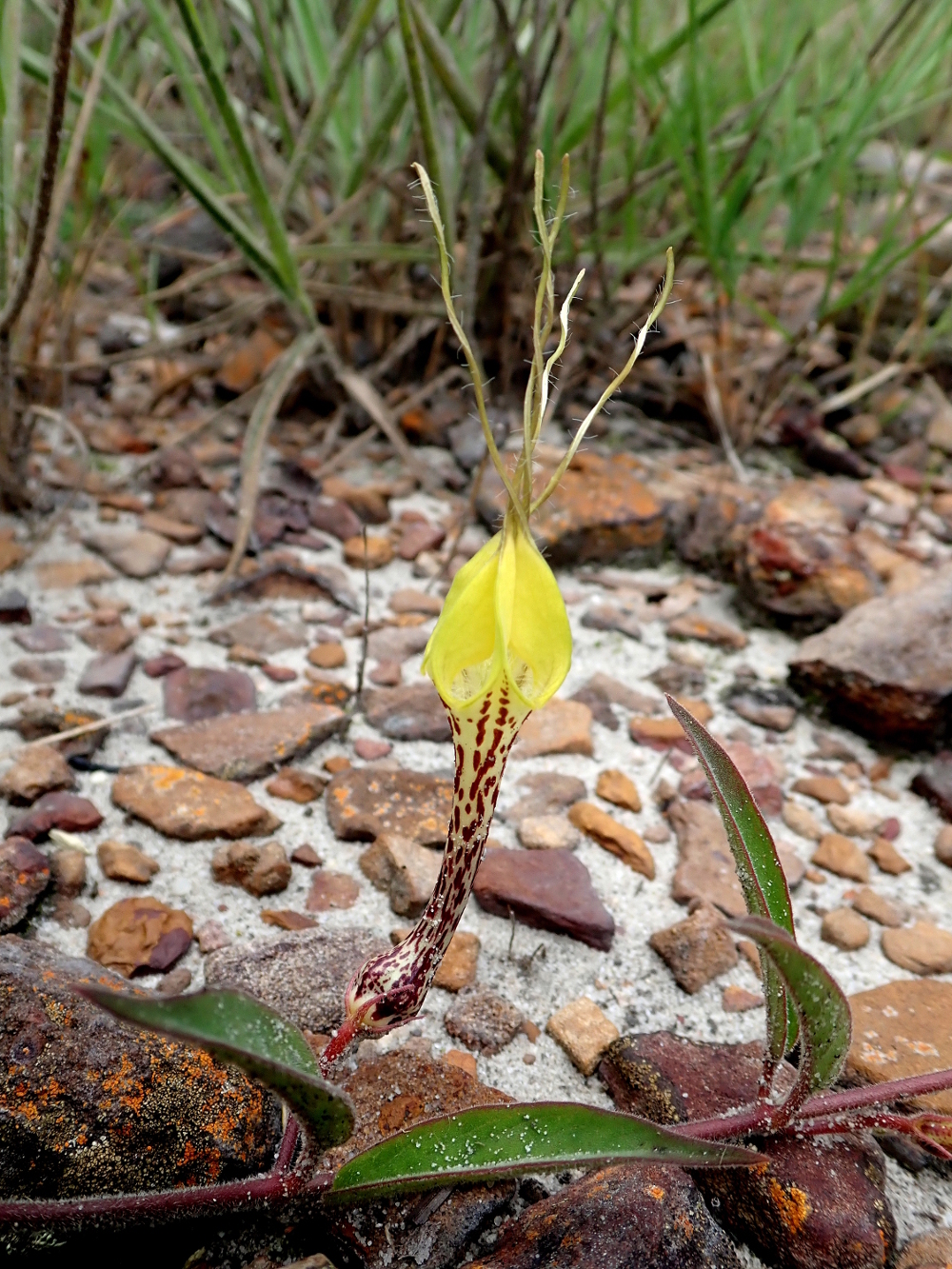 Ceropegia species in Thailand, like this one in Sai Thong National Park, show a very high level of endemism. Thus, they are of particular interest for conservation issues. Photo credit: R. Blatrix. 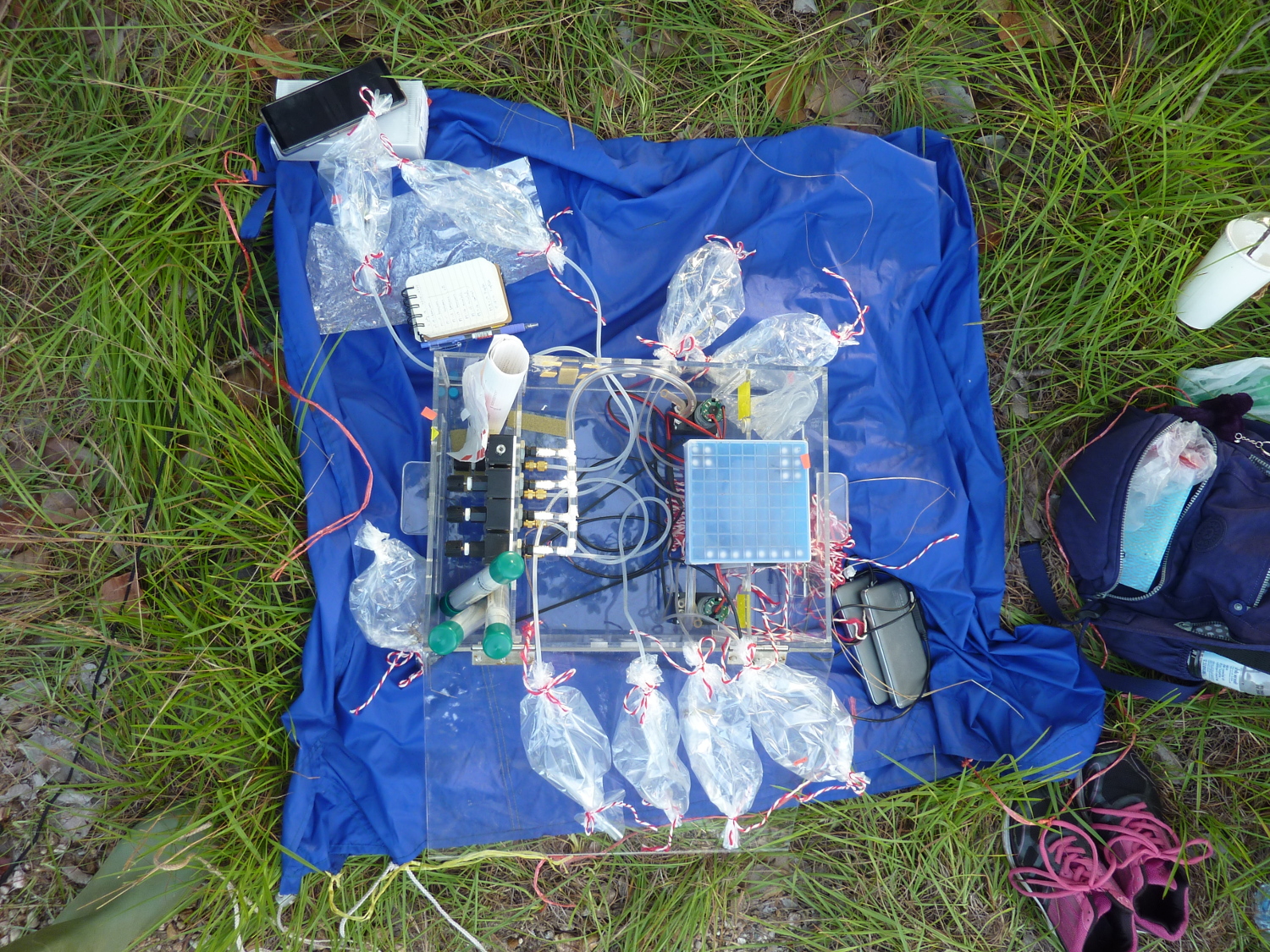 Floral scents are extracted in the field using an apparatus specially designed for the purpose. Photo credit: R. Blatrix. 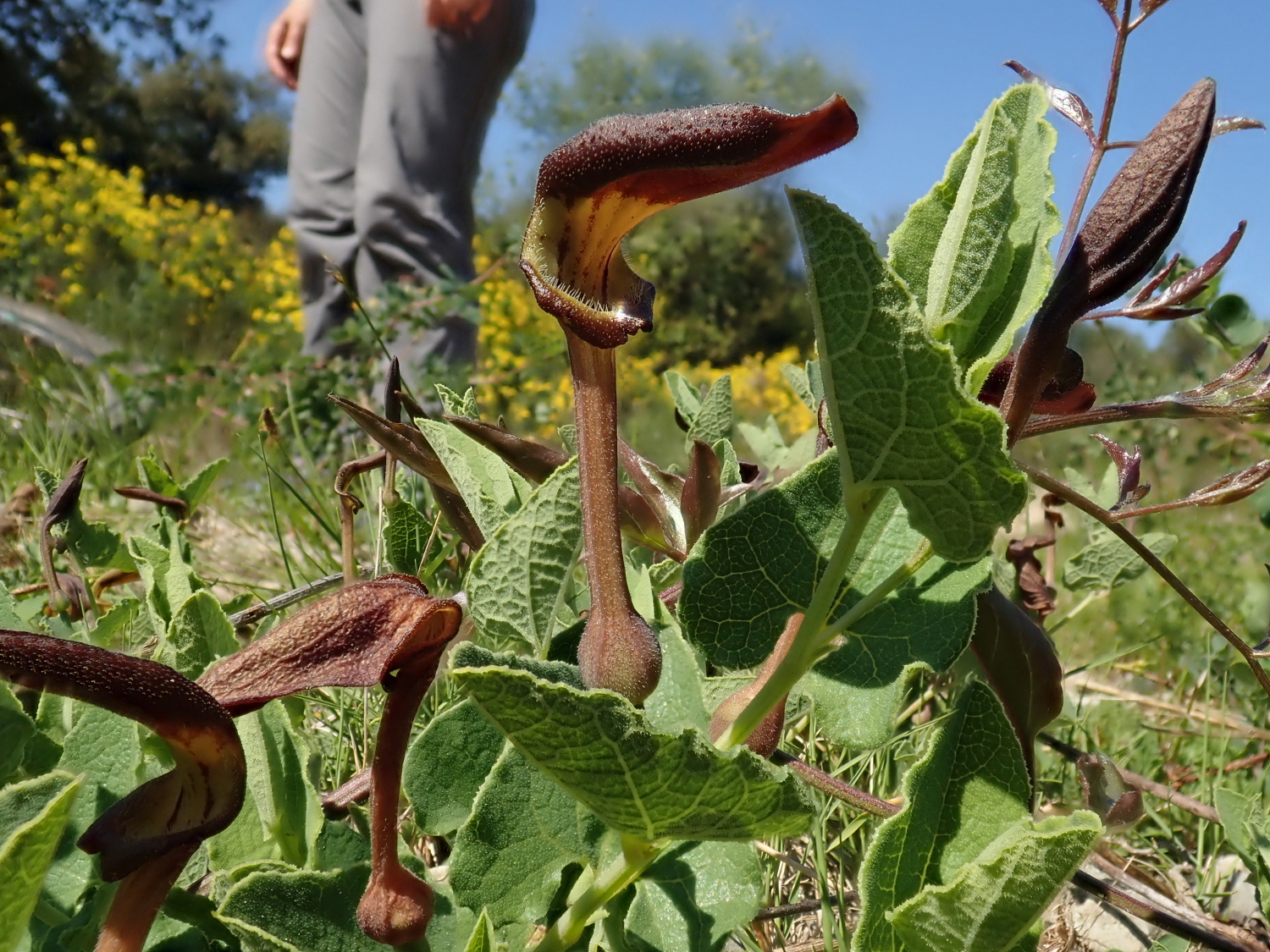